When our children were younger, we played a lot of board games. Some games we played are no longer around (such as the Little Mermaid game our daughter cheated at all the time – LOL).

I wish my kids were still into board games. They are young adults now and don’t have the time between work, college, friends and significant others. Sigh… I guess I’ll have to wait until we’re grandparents before we can play games again. My husband and I can certainly play games with just the two of us, but it’s always more fun when there are more people involved.

I work with children (currently 4th – 6th graders, ages 9-12). I’m lucky that I do have the opportunity to play games at work. We have plenty of the basic games, but I’m always on the look out for something different and unique, most especially one where the kids can cooperate and have fun.

I was sent a game to review by University Games called Heist. Not only does it encourage children and adults to cooperate, but it’s also a game where there is no single winner. Either all players win, or they all lose. I can’t thin of any other game where those are the possible outcomes. Almost all games have just one, clear cut winner.

Working with children, it’s nice to have a game where everyone can win. It helps to minimize sore losers and winners who like to “rub it in your face” that they won. Anything that can reduce conflict and hard feelings among children is great if you ask me.

Heist is a game where all players are part of a team that needs to work together to crack a safe that contains $50 million dollars worth of gold coins. The catch is that you and your team have only five minutes to crack the safe, or the game is over.

What is not included are 3 AA batteries. Those are easy enough to come by.

There are four different roles that need to be assumed. If you have less than four players, others can assume two (or more) roles. All four roles must be initiated by pressing the corresponding button on the safe.

The roles are Hacker, Money Man, Lookout and Explosives Expert.

There are different levels to this game. The higher you go, the more challenging the game gets.

I was going to explain how the game is played, but I think posting the actual directions make it easier. I don’t want to explain it in a way that it’s confusing.

The game is easy enough to comprehend, but it does take a few times playing it before everything totally sinks in.

Sometimes passing around the pieces can get a bit confusing. The game pieces are all the same color, and two of them (the laptop and the map) have similar shapes, so it’s easy enough to pass the wrong piece. If that happens, it messes up the results of the game.

You also have to remember each other’s role. So you’ll have to quickly identify the other roles in order to give them (or trade with them) the correct pieces. Once you get used to the game, it gets easier.

The game some how tracks who has what piece, and from time to time will command that a specific role press the button if they have a specific piece. For example, the game might shout out that the money man press the button if they have the googles. If he/she doesn’t have the googles, something got messed up some where and it counts as a mistake. After four mistakes the game is over.

The game might also ask for everyone to press their buttons. Needless to say you need to be listening to the prompt carefully and complete them quickly. Mistakes can lead to the game being over, and no one wants that to happen.

The game it’s self runs for only 5 minutes per game. It’s an action game that keeps you on your toes from the moment you start the game.

I have played this game a few times with my “work kids.” The older kids (11-12 year olds) seem to play with it more than my 9-10 year olds. I believe the game is good for kids 7+ (the game is at work, therefore I can’t check the box to be certain).

I am not able to take photos of my “work kids” playing the game (for obvious reasons).

This is a fun game that people of all ages can enjoy together.

If your family enjoys games, or if you host a family (or friend) game night, you certainly should consider looking into Heist.

Heist is available on both Amazon and Barnes & Noble’s websites. I would recommend Amazon (it’s A LOT cheaper there than on B&N).

One of my all time favorite University Games is Rubik’s Race. I purchased it originally on Zulily. I loved it so much ( as do my “work kids”) that I purchased another set on Amazon. That is a great game too.

The brand can also be found on social media. Their links are found on the top right of their website.

*I received a free product sample to review. There was no compensation. The opinions expressed are my own and not influenced in any way. 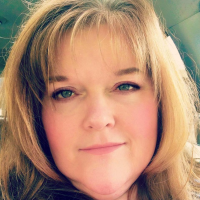 Previous Post: « How to Find Screen Projects that are the Quietest Ever?
Next Post: Fashionable and comfortable boots from Arcopédico »