I enjoy watching movie trailers. Some people, like my husband, are not a fan of trailers. Not me. I enjoy trailers. I love getting to know what movies are coming out soon, so I know which ones to look out for when they come to theaters. Sometimes movies I want to see are available on streaming services. Such is the case with the film Luca.

When I first saw the trailer for the film, Luca, I knew I had to add it to my “must see” list. From the trailer I could see that it would be a fun movie.

Luca is a feature film made by Disney and Pixar. Whenever Disney and Pixar come together, you know it’s going to be movie magic. A few examples would be Soul, Onward, Coco,  Up, The Incredibles and Toy Story film franchises, to name a few.

Luca goes along the lines of Finding Nemo and Finding Dory as it involves undersea creatures. In fact, when the film first starts, the first thing that came to mind was Finding Nemo.

Luca is the story about a sea dwelling creature by the same name. He looks like part sea monster, part mermaid.

Luca lives in the ocean just off the coast of Italy. He lives with his parents and grandmother.

Like any young teen, Luca dreamed of adventure. He was tired of his day to day existence in the ocean. He was craving something more. The surface was not an option as he was always told that the “land monsters” (people) were dangerous.

One day Luca meets up with another creature like him, named Alberto. Alberto shows Luca that there is a way to come on land and turn into a human. Unbeknown to Luca’s family, him and Alberto become fast friends and spend every day together on land.

With the help of a girl named Guilia that the boys meet in a near by town, the duo spend their summer enjoying bike rides, eating pasta, enjoying gelato, and learning about the human world. They also have to be careful of every move they make because the littlest thing could give away their true identity. Knowing how much human’s hate sea monsters, they can’t afford to let their true identities be known.

Will Luca finally have the adventure that he’s always dreamed of, or will people find out that he’s really a sea monster and ruin everything? To find out, you need to purchase or rent Luca. Look for it where ever movies are sold/rented.

This film far exceeded my expectations. I knew it would be good, thanks to Disney and Pixar’s movie magic, but this movie was AMAZING! To say it was “good” is an understatement.

The animation is what you would expect from a Disney/Pixar film. It comes across as “real life” and you feel like you are in the ocean with Luca, and basking in the sun on the land with Luca and Alberto. The animation is spectacular, or “bellissima” in Italian.

I love the story line. It’s so fresh and original. In a world where a lot of movies are either remakes of movies already made, or movies with the same old boring storylines as a dozen other films – Luca is nothing like any other movie I’ve seen. I love it’s originality.

The characters are all really likeable. Even the town bully is enjoyable, in an off-beat kind of way.

There is a character in the film that is missing a limb. Instead of telling viewers he/she lost their limb in a tragic accident or fight, the character simply tells the boys that he/she was born that way. I like that Disney/Pixar made a character who was born “differently,” and that it didn’t cause any limitations whatsoever. He/She is able bodied and able to do anything a person with all their limbs can do.

The film takes place in Italy. I like that they used a lot of Italian words throughout the film. My kids both took Italian in school, and my husband is Italian. I saw the film on my own, but I am excited to watch it with my family and to see if my kids comment on the Italian words.

The ending of the film was not what I expected either. I was very surprised that the film didn’t have a cliché ending.

Make sure you watch all the way to the end of the credits for a look at Luca’s life after the film ends. It’s definitely worth watching.

I cannot say enough praises for this film.

Be sure to check out all the great bonus content on the Blu-ray/DVD copies of the film (such as the combo pack).

Also, check out the film (and Disney Plus) on social media.

I have a fabulous Luca activity pack you can download and enjoy for free. Simply click on the text (“Luca – Activity Pack”) below to download the .PDF file. You can print out the packages you would like to enjoy with your family (or print them all out). 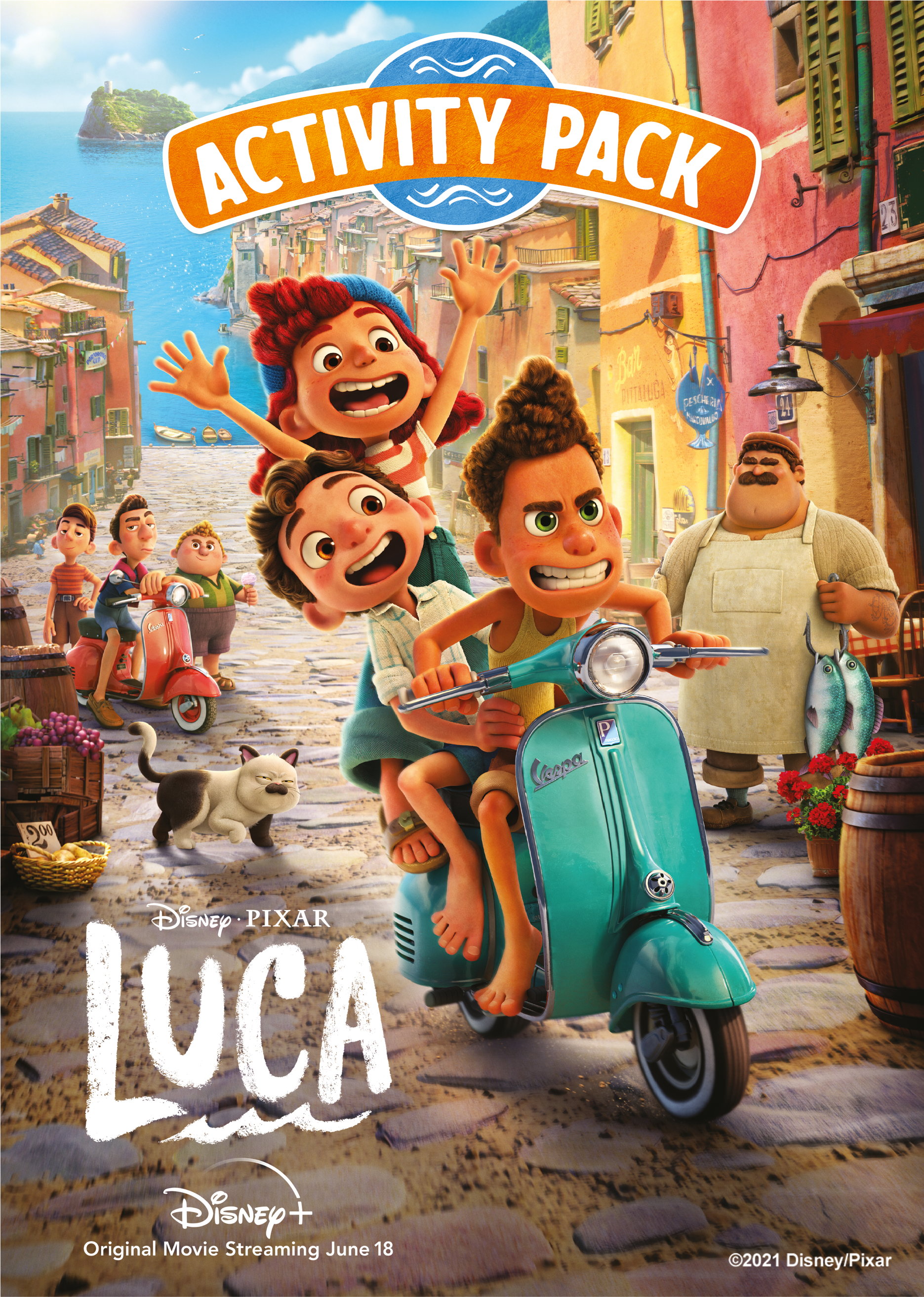 Below is the trailer for your enjoyment.

*I received a free screener in order to do this review. I also personally subscribe to Disney+. There was no compensation and the opinions expressed are my own and not influenced in any way.

Previous Post: « Give yourself some peace of mind with the Lamp Angel
Next Post: 4 Easy-to-Use Tips to Work Effectively »