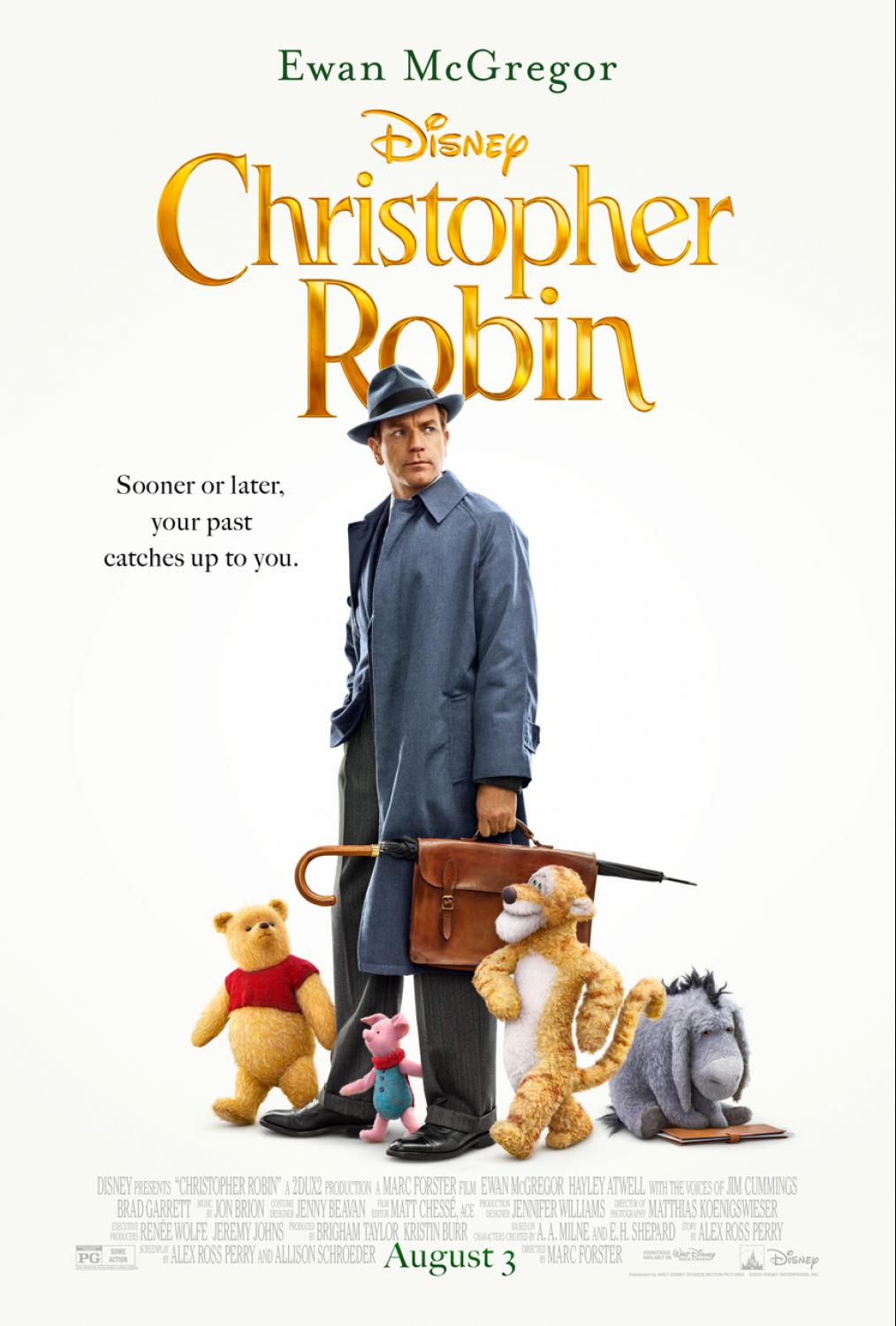 I have always had a great love for Disney films, most especially Disney Animation films.

Growing up there was a theater where we lived that showed a new Disney film every week during the summer. My mom took me every week. It gave me the opportunity to see great classics like Peter Pan, Pinocchio, Sleeping Beauty and Cinderella (to name a few) on the big screen. Most of these films were made before I was born.

I have great admiration for all Disney characters, but I have to say, some of my most favorites are Winnie the Pooh and his friends in the Hundred Acre Wood (Eeyore, Rabbit, Piglet, Owl, Kanga, Roo and Tigger). So much so, I have a honey pot tattooed on my ankle with a few honey bees flying around it. It’s partially to pay homage to Winnie the Pooh and friends, but also because my husband’s nickname for me is “Hunny” (spelled incorrectly). That word is tattooed under the honey pot.

I was super excited when I learned that they were making a live action version of Winnie the Pooh, called Christopher Robin. I was also a bit curious as to how they could turn such beloved book and animated characters into live action versions.

Check out the trailer and see them come to life.

In Disney’s heartwarming live action adventure, the young boy who shared countless adventures with his stuffed animal friends in the Hundred Acre Wood has grown up and lost sight of what’s important in life. Now it is up to his childhood friends to venture into our world and help Christopher Robin rediscover the joys of family life, the value of friendship and to appreciate the simple pleasure in life once again.

The film looks so sweet and adorable. I cannot wait to see it! I just want to reach on to the screen, pull the characters out, and hug & squeeze the stuffing out of them! They look absolutely darling!

Look for Christopher Robin playing at a theater near you on August 3, 2018.

I have some wonderful FREE printables (coloring pages and activities) that you can download, print out and enjoy with your family. Simply click on the image links below each image. 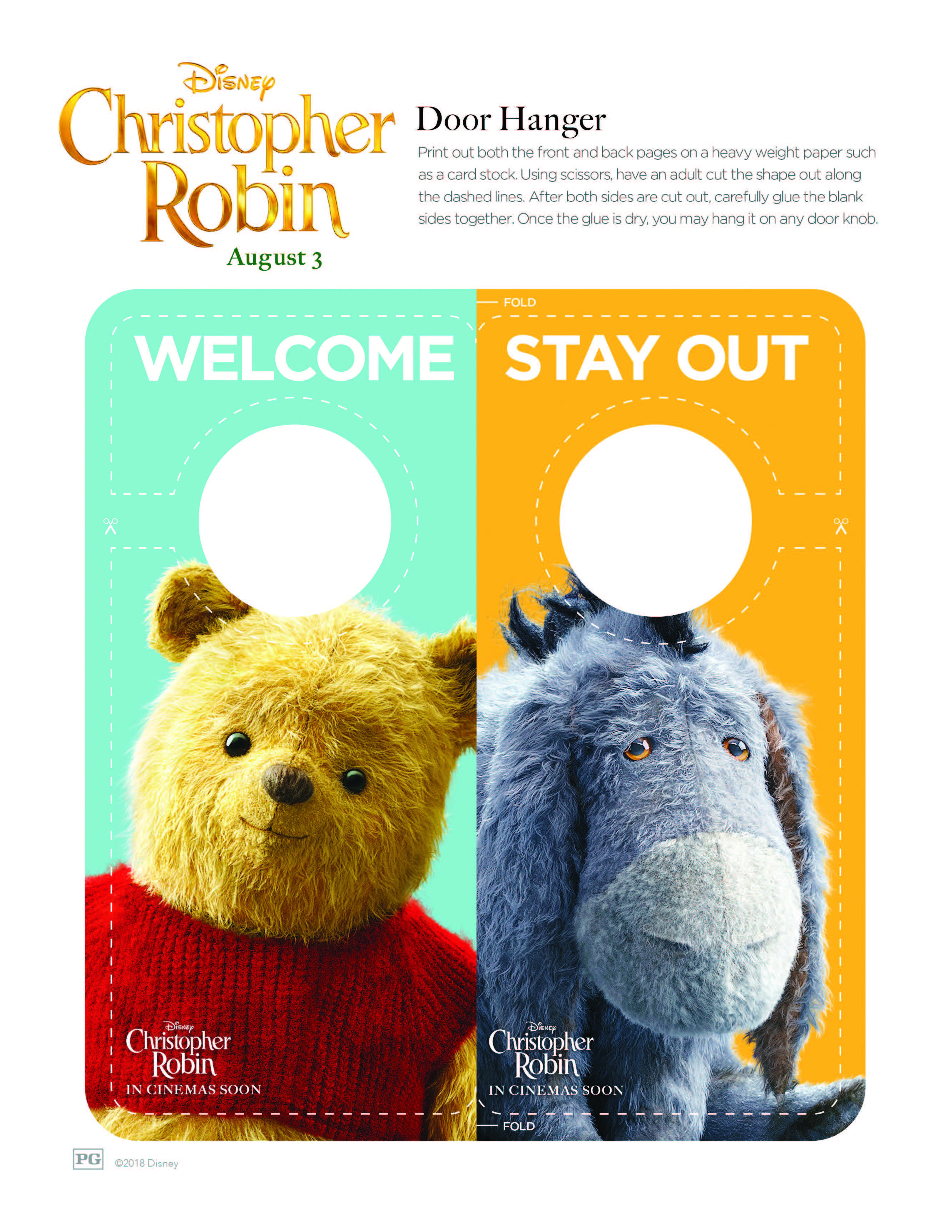 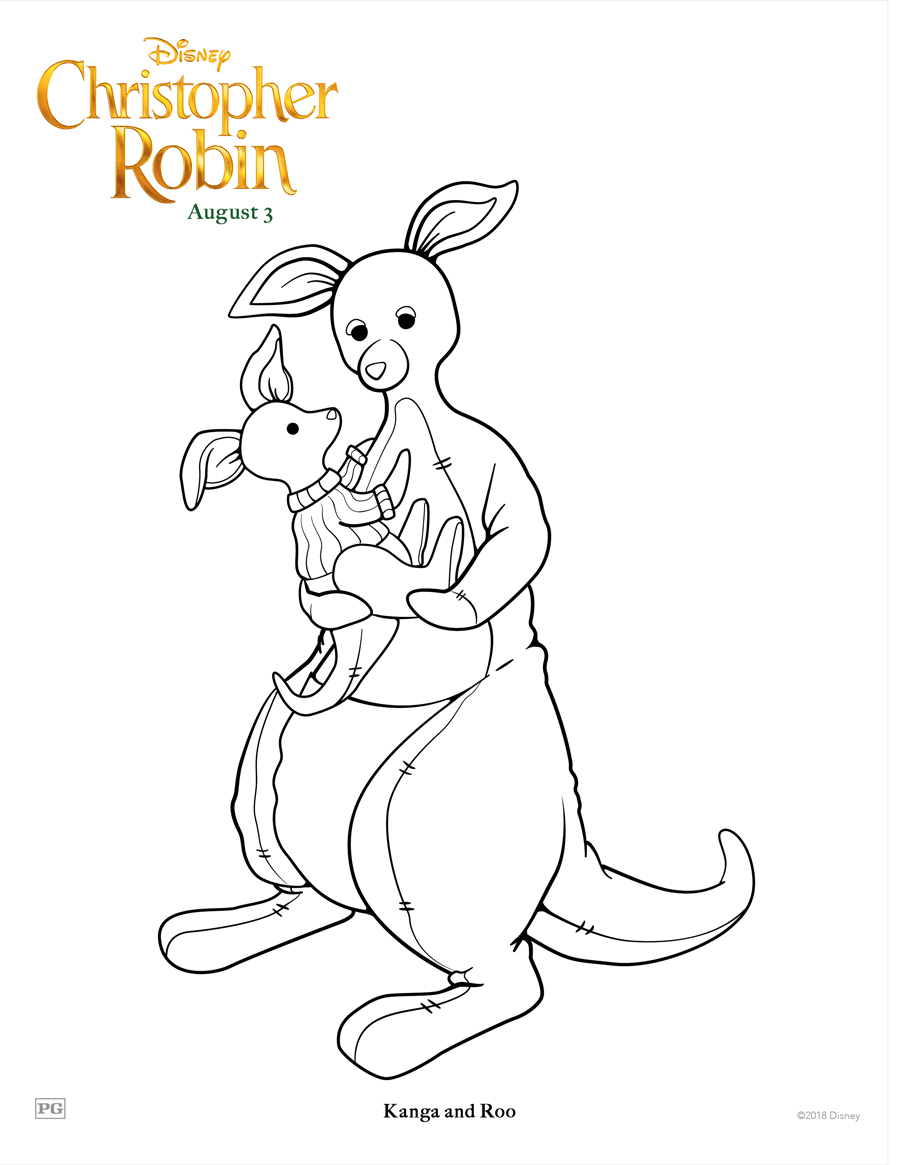 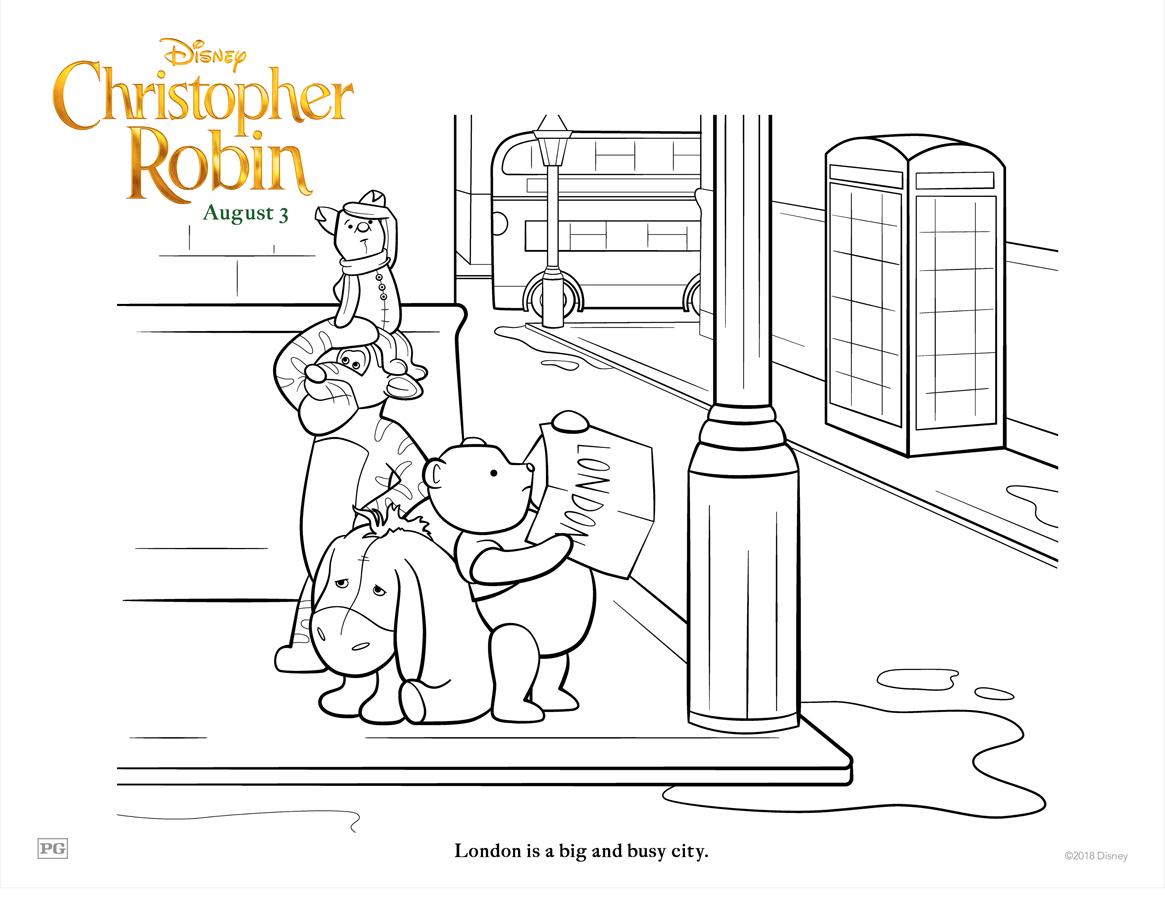 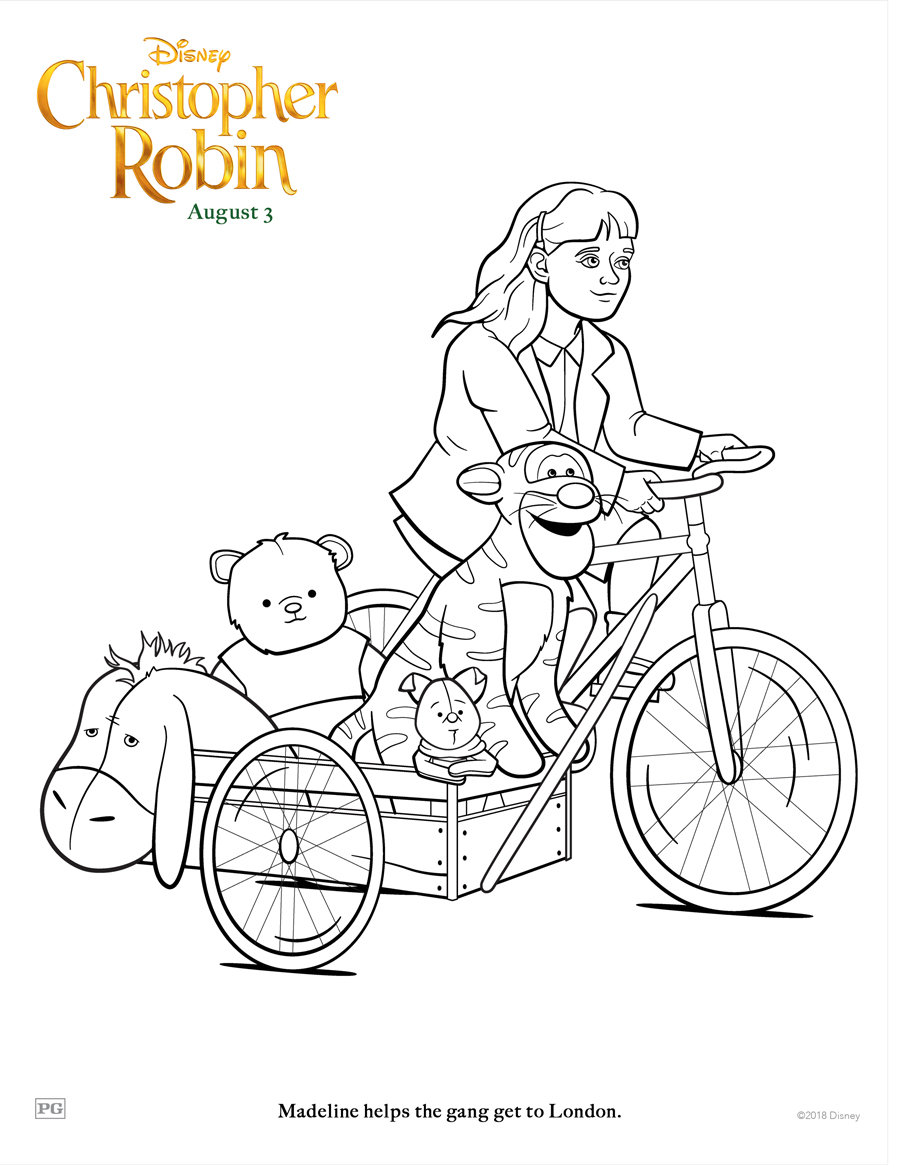 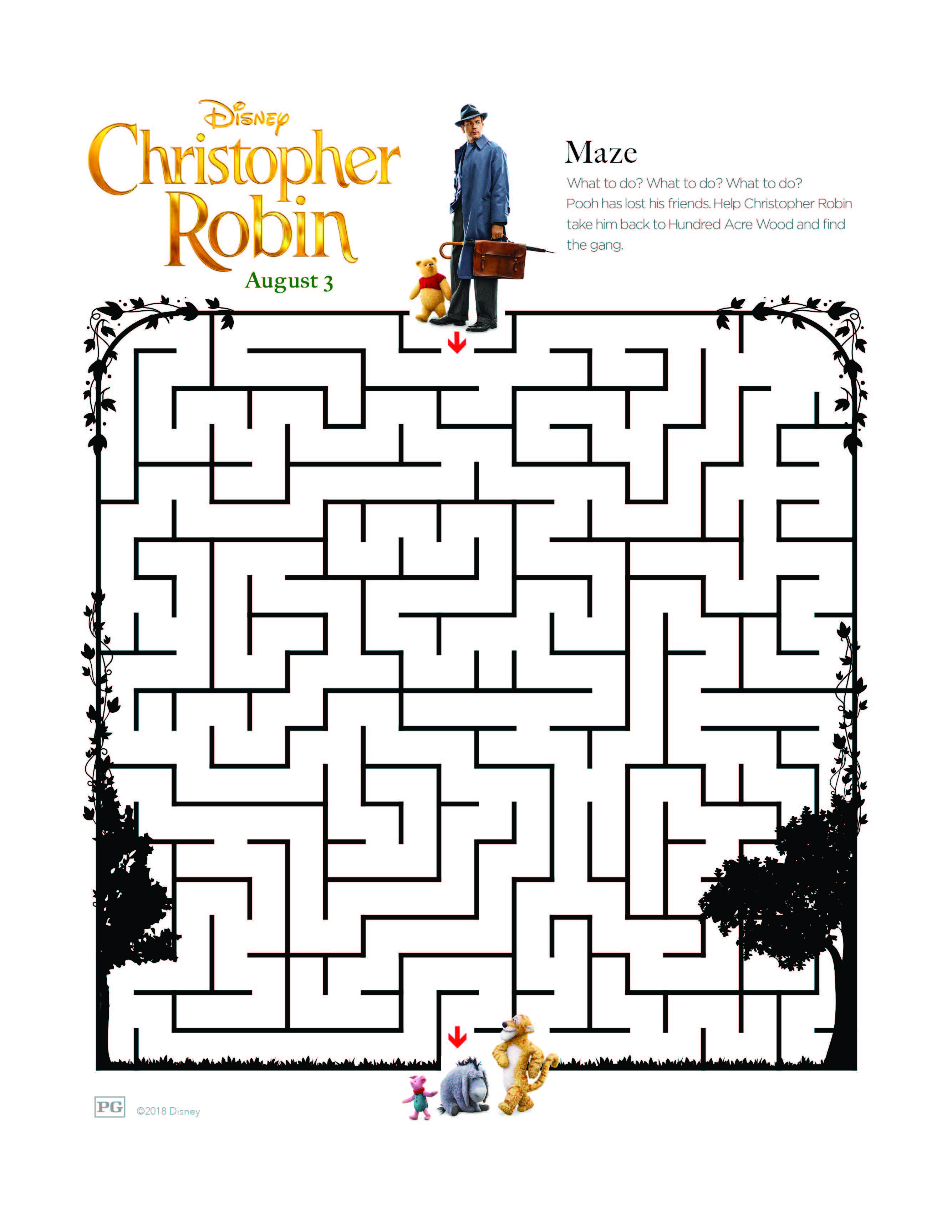 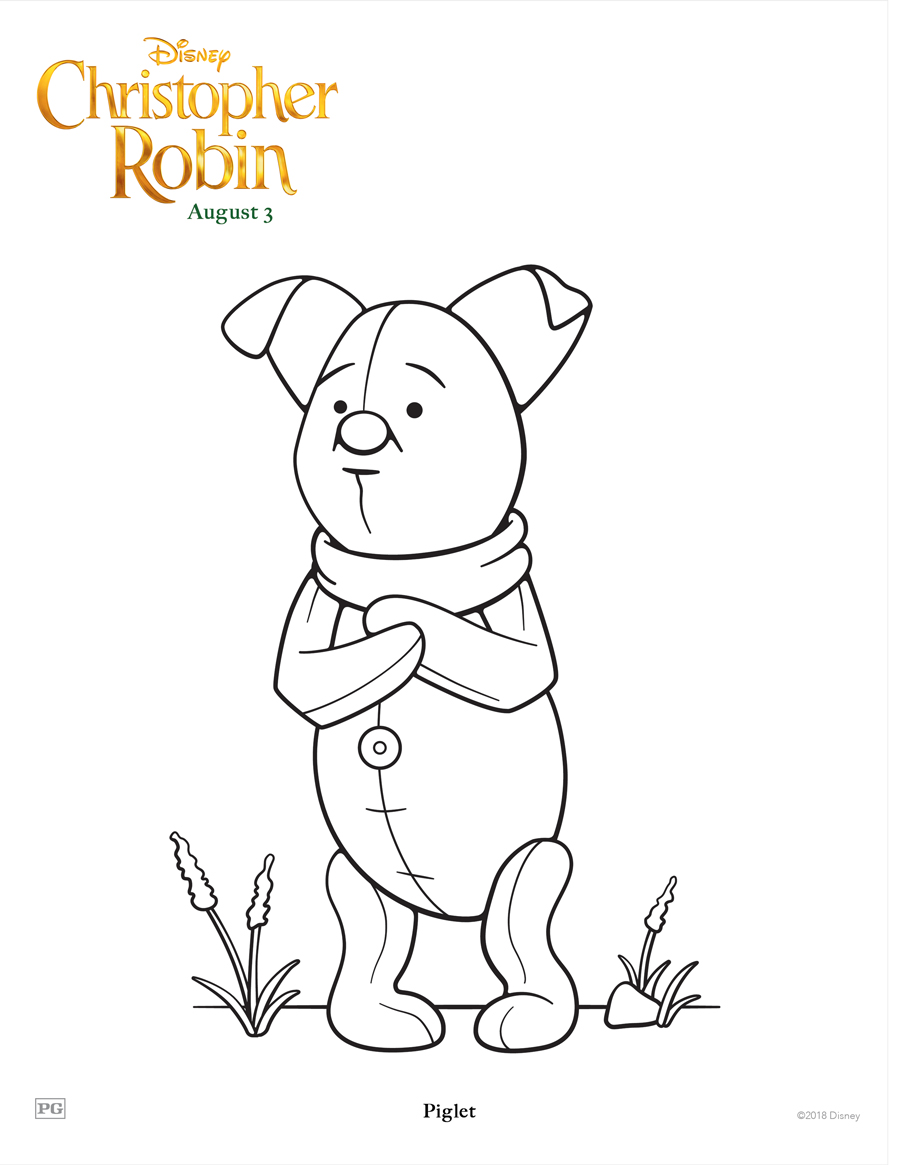 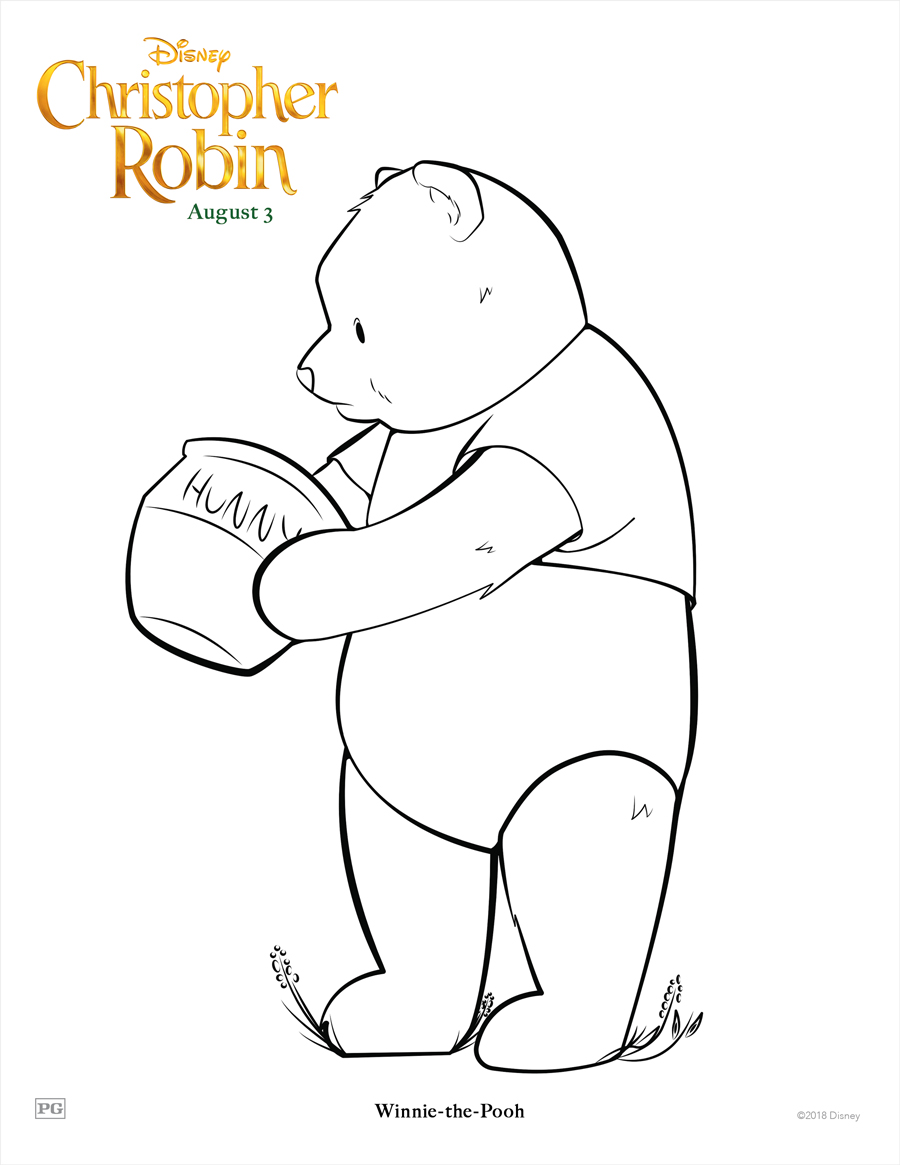 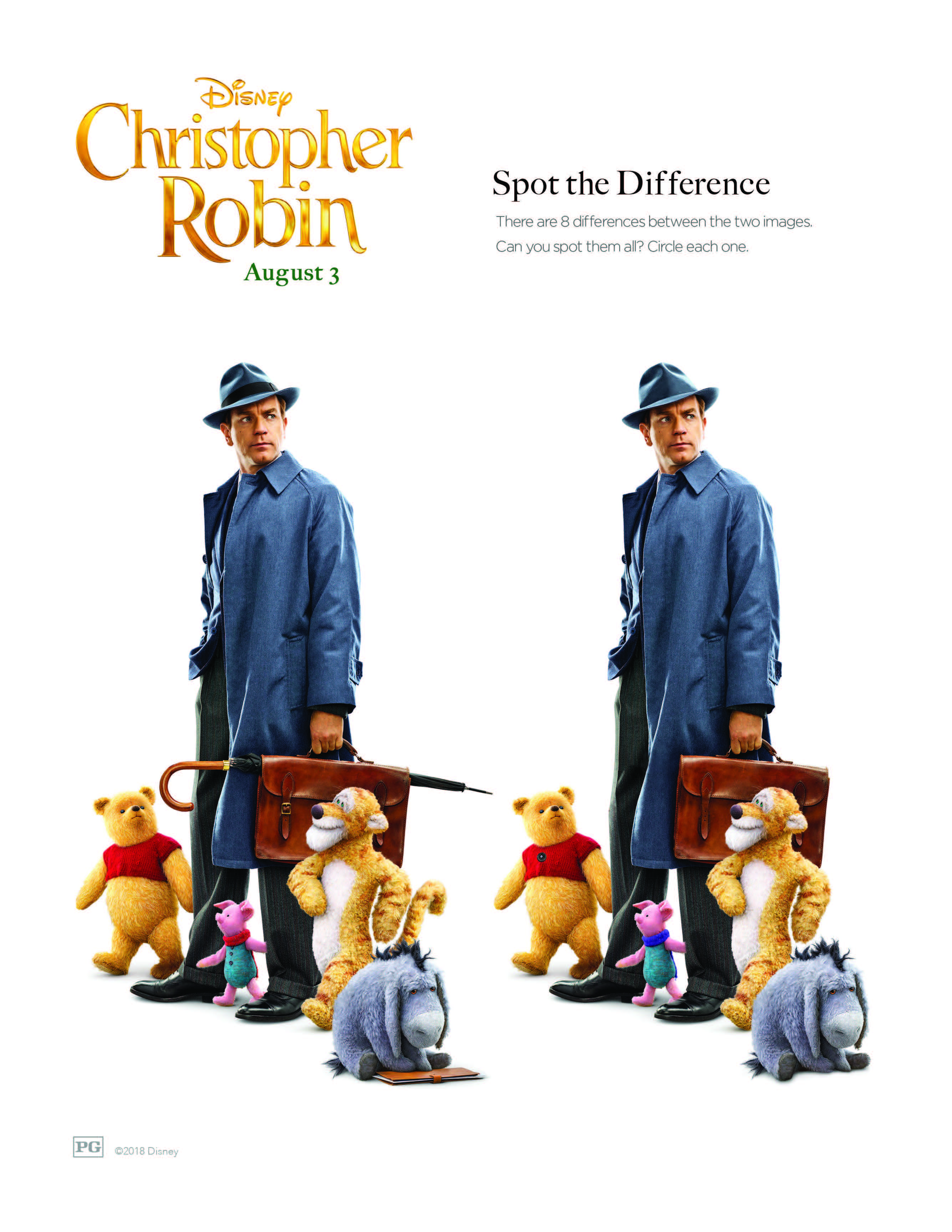 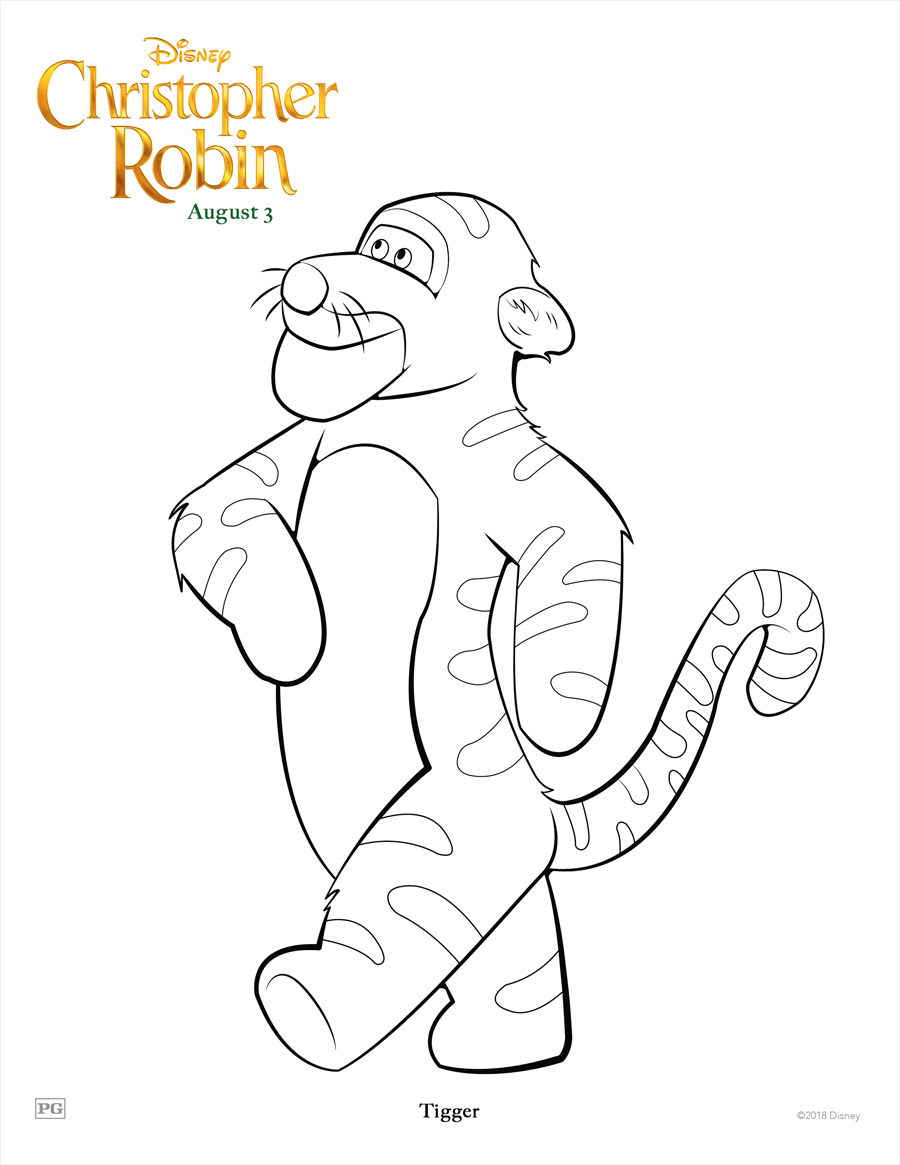 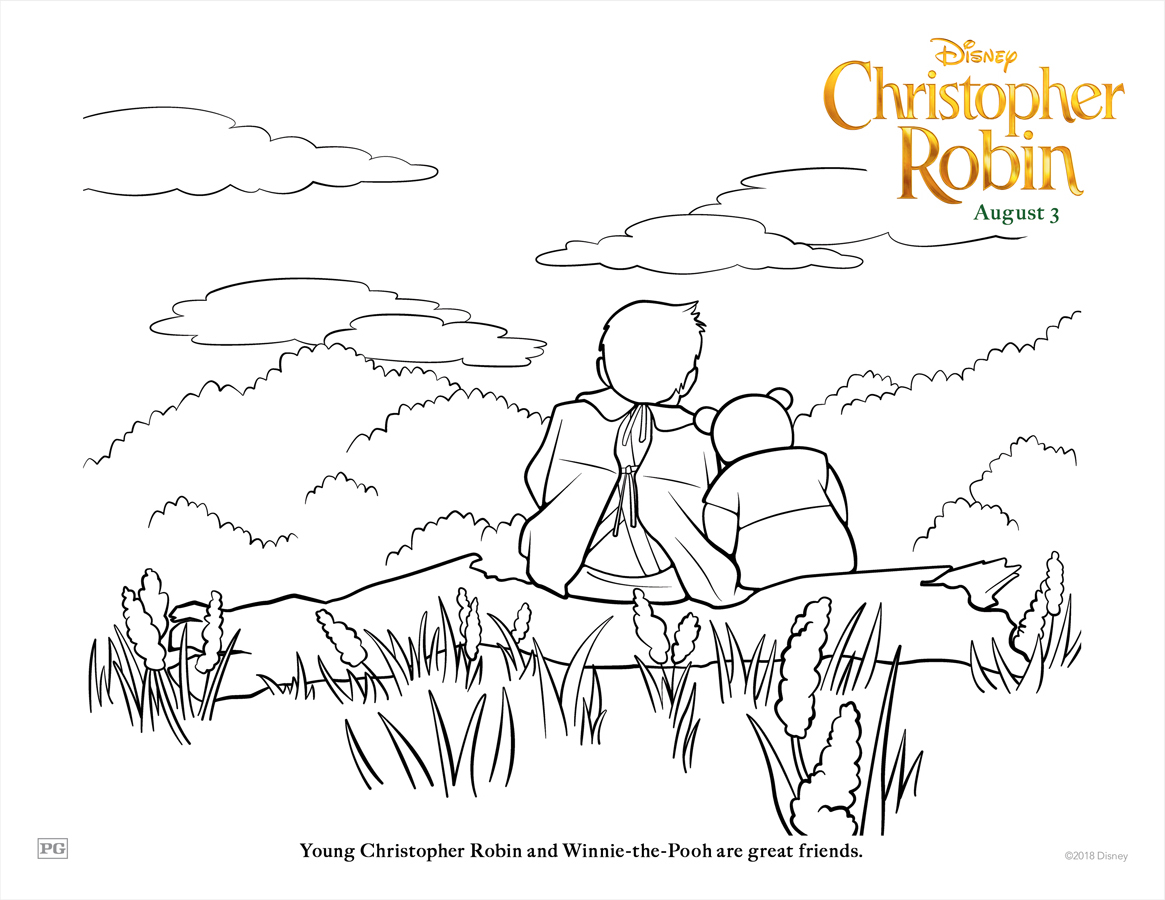 What do you think about the film?

Are you planning on seeing it with your family?

Who is your favorite Winnie the Pooh character?

*I was not compensated for this post. I posted this for the enjoyment of my readers. Any opinions expressed are my own and not influenced in any way.

Previous Post: « Blood Fest – In Theaters & On Demand on August 31, 2018
Next Post: Affordable, Quality Canvas Prints from Canvas on the Cheap » 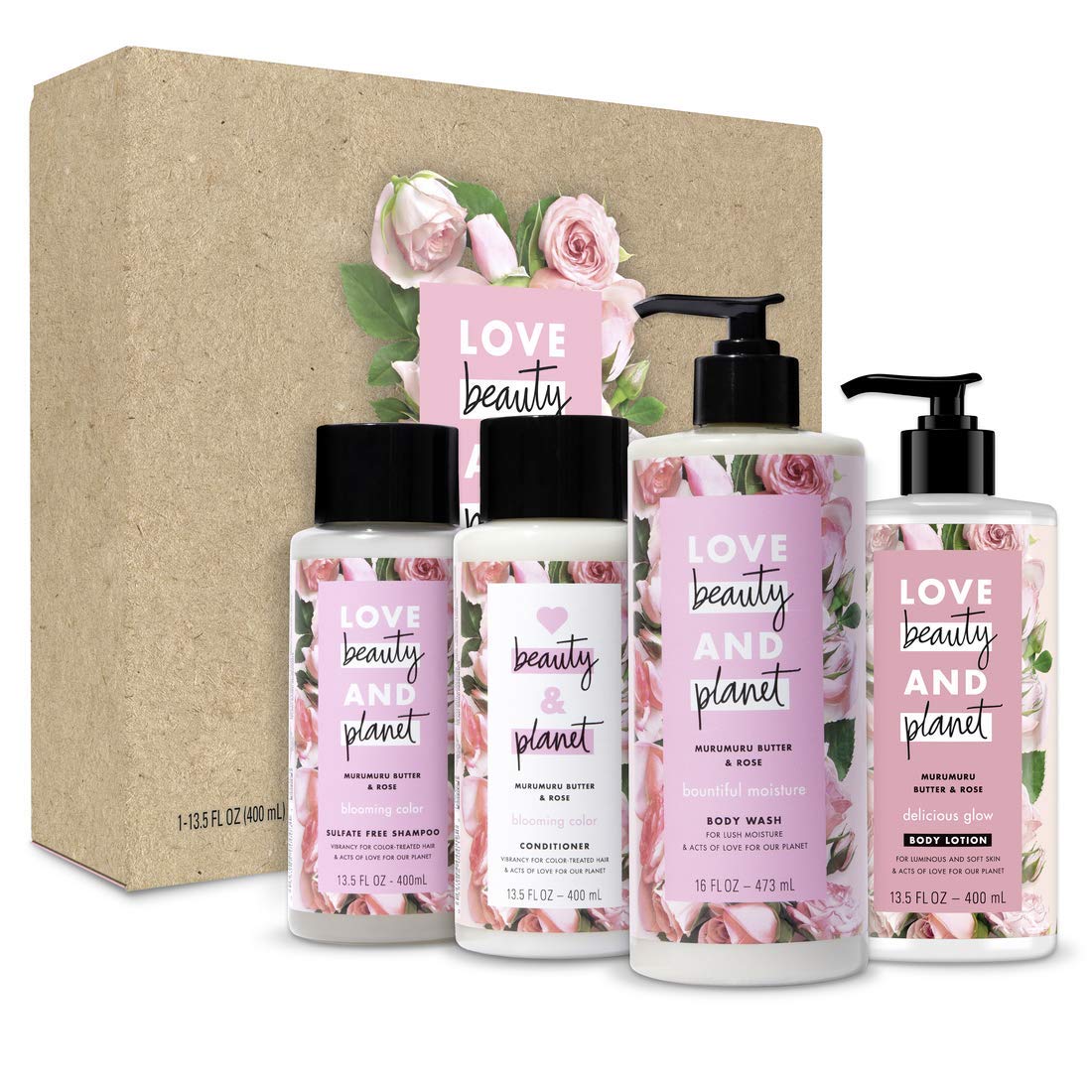 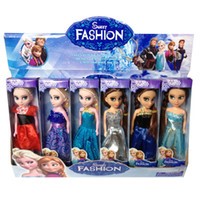