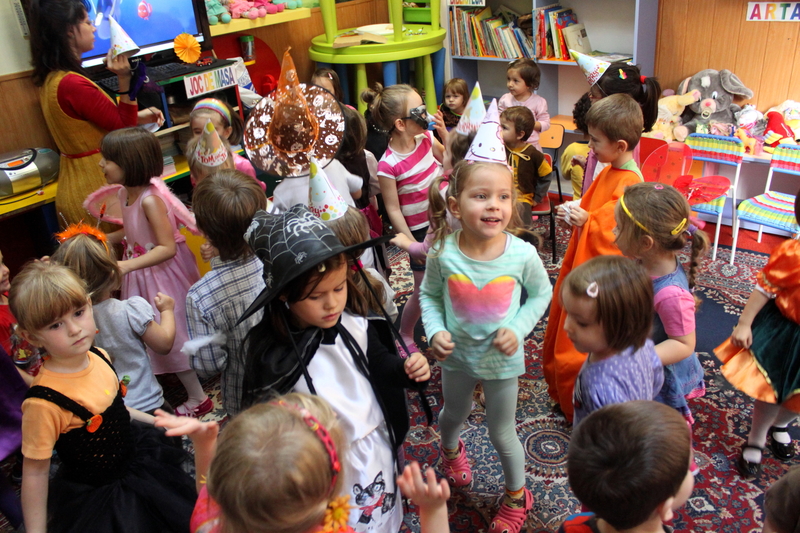 Back in May I wrote a post about an end of the year party my job was hosting for the children that are in our program. If you happen to miss that post, or wish to re-read it, you can find it here – Make your next party extra special with fun and games from Oriental Trading Company.

I had been meaning to write an update post, but between end of the year stuff (school year), our son’s prom, our son’s graduation, family up from Florida and a million other things, I haven’t really had a chance until now. I’m officially on summer vacation. I don’t go back to work until September. I like having the time off, but not having a paycheck for two months is no fun.

There was a huge glitch in our end of the year party. It was pouring rain that way. Torrential rain in fact. We were stuck inside (in the gym) for the duration of the party. Since there was a huge bouncy house set up, plus tables for crafts, snacks and other things, we didn’t have the room necessary to set up some of the games we had planned on doing. 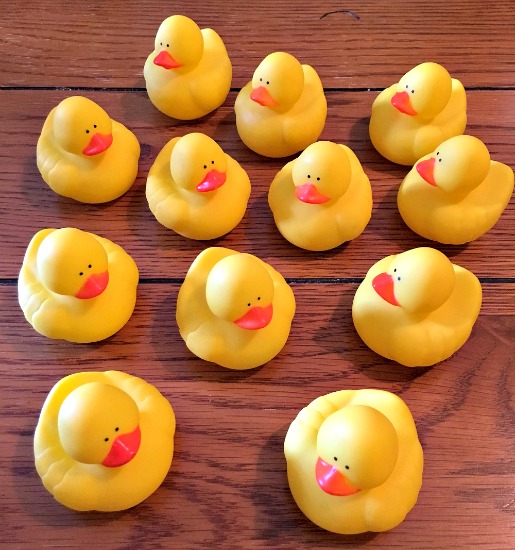 The Rubbery Ducky Game had to go. It was not a good idea to have a bucket of water inside the gymnasium with 200+ kids, about 25+ counselors and parents (with younger siblings) running around. It’s OK. The ducks were given away as prizes instead.

For the very same reason the Goldfish Game also had to be cancelled. We handed out the little goldfish as prizes, as well as “just because” (we had 144 of them!). 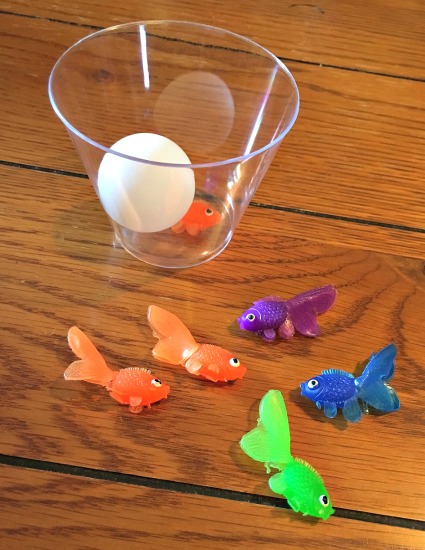 Both the Bean Bag Toss and Ping Pong Ball Toss games I had were set up for a bit. For a while the kids were playing them the right away, but as time went on the kids opted to play “catch” with the bean bags (tossing them back and forth to each other) and the ping pong balls were all over the gym (those things sure can bounce!). It’s OK. As long as the kids were having a good time.

I feel like those games would have done better if we were outside. The gym was just too crowded and LOUD. It took away from the fun of everything, sad to say.

The Alligator Ring Toss Game was a huge hit. The kids did have fun with that game for a long time, that is until one of the kids thought it would be fun to sit on the Alligator and popped it. We did have a patch for it, but with all that was going on no one knew where it went. Thankfully it’s not a bad rip, it’s just a tear in the seem. I think some duct tape or packing tape will do that trick.

We kept the game (of course) because once it’s fixed we can use it again and again. The best thing about this game is that when not in use you can take the air out, fold it up and pack it away. It takes up very little room.

The crafts were a huge hit. The kids had fun with those. Some even got creative and mixed/matched pieces from other craft kits to build their own project. We also had markers, crayons, glitter, gems and other goodies on hand for the kids to embellish their craft pieces with (if they chose to). 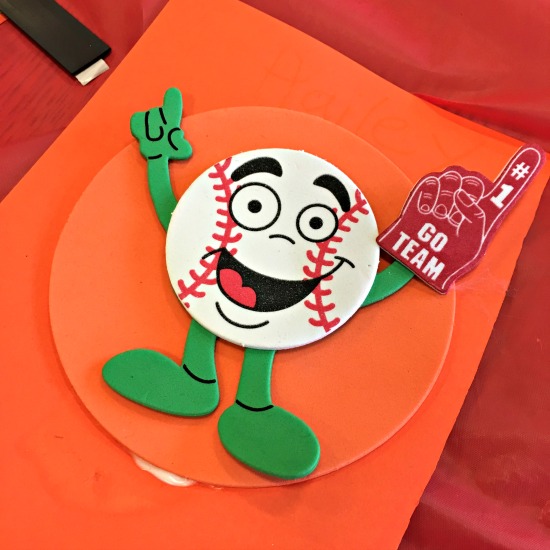 FYI… when you are doing crafts on such a large scale always make sure an adult writes the name of each child on the back of the project so that you know who it belongs to. At the end of the evening we had dozens of completed crafts with no names on them and we had no clue who they belonged to so we had to toss them out. It was such a shame too since they turned out so good. This was a good lesson learned for the next time.

The left over crafts are being held on to for the “School’s Out” program.

The biggest hit was the temporary tattoos. OH MY GOODNESS! The kids went CRAZY for them. I was seeing kids running around with several on each arm. Some even tattooed their legs and faces.

By the end of the event there was just a small handful left. I’d have to say about 95% of the tattoos were used at the party. I consider that a total success!

Our program does an end of the year party every year. Oriental Trading is going to be our “go to” resource for games, prizes, crafts and more.

As a teacher’s assistant, I rely on Oriental Trading Company frequently. They are an ideal source for prizes, crafts, and little gifts to give to the kids for the holidays.

There are times that the teacher is not in, so I am in charge. Every day we read a book to the kids and then do a project based on what we just read. I cannot tell you how many time I have relied on crafts from Oriental Trading Company to help me out in a pinch. I keep books on hand along with ready made crafts from Oriental Trading Company. That way if my boss it out on a moment’s notice I don’t have to scramble to find something to do. I’m all set!

If you are interested in learning more about what Oriental Trading Company has to offer, visit them online at OrientalTrading.com. Be sure to check out their summer section for fun summer toys, game, decorations and more.

Oriental Trading Company can also be found on social media. All of their links are found on the bottom right of their website.

Have you ever purchased from Oriental Trading Company? Are you considering making a purchase? What “needs” do you have (crafts, party supplies, decor…)?

*I have partnered with Oriental Trading Company. I received free products in exchange for my review/post. There was no other compensation. The opinions expressed are my own and not influenced in any way.

Previous Post: « Have fun this summer with Miffy!
Next Post: Feasible options for moms wanting to work from home »